To Speak or Not to Speak: Is Political Speech and Engagement the Privilege of Licensed Clinicians? 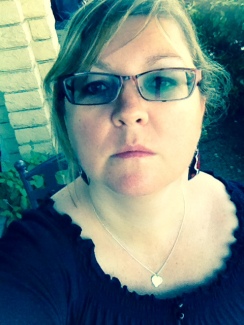 In the tumultuous post election times, daily news of gun related violence, heated political rhetoric regarding various issues such as immigration, economics, and the foreign relations, it has been impossible to remain politically impartial, non reactive and unaffected. I closely follow the political news, listen to political analyses, and engage in heated discussions with friends and family. I consider myself an active and engaged citizen, except when I step outside my home and my social environment and put on a hat of a fledging clinician who is still a graduate student navigating the life of dissertation concerns, endless internship hours, and attempts to balance self care vs. patient care vs. requirements of internship sites and supervisors. The identity of an active political citizen takes a step back, disengages, and, at times, disappears altogether. Clinical concerns, patients’ lives, the time spent honing case formulations and analyzing transferential relationships take over silencing the part that wonders how patients, supervisors, and colleagues are affected by the socio political scene and who questions our role in it. Many times, this wondering part does not dare to come out gauging that the level of safety is not adequate. Other times, it adopts the attitudes and views of my supervisors who, for the most part, exclusively focus on clinical issues detaching them from their socio political contexts.

In this brief personal narrative, I will discuss my challenges with bringing up the sociopolitical context in clinical settings as a graduate student and a fledgling clinician. It is not meant to be the critique of any of my current or past supervisors, many of whom have been invaluable in my growth and development as a clinician. Rather, I wish to extend the invitation to discuss the felt gap between “the outside” and “the inside” worlds and the challenge of speaking about this gap as a graduate student who does not yet have the security of a clinical license and a stable professional position. I also wish to rephrase the question of “is politics the last taboo in psychoanalysis” (Altman, Benjamin, Jacobs, & Watchtel, 2006) into “is politics the last taboo for clinicians in training?” I will illustrate these challenges with my experiences at my master’s level and pre-doctoral practicum sites.

Having worked with LGBQT patients in one of my master’s level internships, I recall feeling very disturbed by events of the Orlando shooting. I walked into my weekly group supervision a few days later wondering whether I should mention anything during the usual check in – including my curiosity regarding my patients’ silence regarding the

events in Orlando. When my time to speak came, I brought up my feelings of having been deeply affected by the events along with the wondering about the effect of the ongoing shootings on my patients. One of my colleagues was nodding her head while I was speaking and made a remark that she has been having a difficult time listening to the news. Although the group supervisor expressed her understanding about the effects of the events on me, she, in her gentle and very persuasive way, suggested that we do not delve into politics. With that, we began our weekly case consultation. I was left with speculations about whether I crossed an imaginary boundary and touched upon something that was not invited into what was meant to be the clinical space. Was I thought of as too distracted away from the clinical issues and my clinical growth as an intern? Would this be reflected in my performance evaluation later in the year?

Subsequently, I became very careful about what I was going to discuss in weekly individual and group consultations although issues of social and economic status, race, presidential elections, and gender privilege surfaced in my sessions with patients. I recall one of my patients at the time was an African American female who regularly brought up instances of racial discrimination in her past employment places. She was hurt, angry, and fought against the feeling of perpetual helplessness to change anything in the social system. As a Caucasian female, I felt compelled to bring up the question of what it was like for my patient to sit in the room with me and attempted to explore how my patient’s oppressive experiences may feel alive in the room with me. I also brought this issue to my individual supervisor as I felt I would be doing disservice to my patient by silence on the issue or deflection to seemingly more significant clinical issues. Although my supervisor acknowledged my challenges and listened to my account of the session, the discussion eventually steered towards the “regular” clinical analysis of intersubjective dynamics at play, the impact of patient’s attachment history on presenting issues and so on, all being a crucial and necessary aspect of the supervisory relationship.

In discussions on clinicians’ own subjectivities and counter transference responses in therapeutic relationships, I would debate whether my responses to patients’ higher economic status, their political views on issues such as immigration and gun control, and their dilemmas with political party affiliations were welcome by my clinical authorities. I felt confident that any discussion of my counter transference responses related to my family or childhood experiences, or a felt lack of clinical skills and beginner struggles were encouraged and received as a sign of high self awareness. Yet I was not so sure that sharing my discomfort at my patients’ racial jokes, demeaning comments regarding gay individuals, and remarks about undocumented immigrants would be received as an appropriate material for the discussion. I was equally not sure how appropriate and permitted it was to challenge the theories, most of which were developed and researched in the United States and Western Europe, that clinical sites subscribed to and based their practices on. To illustrate, I recall sitting in a clinical seminar on prevalent theories of attachment and the discussion on the importance of the constant presence of a caregiver on the affective development of a child and the subsequent conversation on the detriments of placing a child in daycare at an early age. As the conversation continued, I kept wondering about the assumptions behind the theory and whether it was necessarily universally applicable: for example, many children in Eastern Europe were primarily raised by kindergarten teachers and many of them were cared for by multiple caregivers in the family. My own personal psychology or perhaps the fear of challenging the authority rendered me a silent participant in the discussion. The questions such as “How could I challenge and question something as solid as the theory of Allan Schore?” and “perhaps many people in Eastern Europe have issues with attachment”, ran through my mind leaving me conflicted and voiceless.

Without a doubt, I have learnt tremendously from my supervisions as they were the ground for honing my clinical skills and acumen. Yet I was also left with the sense of unspoken rule to not bring too much socio-political, particularly any current controversial issues, into the clinical domain. I have felt an ongoing inner dilemma between bringing up “the outside” that impacts me and my patients, and I am sure, my supervisors and my colleagues, and adhering to the rules of the group (i.e., my sites), as a good, dedicated intern.   After all, the power dynamics are not in my favor: I am the one observed, evaluated, guided, and mentored.

According to Altman (2006), anything deemed a taboo in psychoanalysis constitutes a slippery slope and presents the dilemma of containment. Perhaps politics and political engagement of a graduate student feel too much like a slippery slope (Atlman2006, p. 180) and, thus, is wisely defended against by leaving it outside of the supervisory and training contexts altogether? As a graduate student, I am left wondering whether I have to earn the privilege of a licensed clinician to raise such binarized topics as psychoanalysis and politics (Dimen, 2006). Yet as a person who deeply cares about the impact of politics on personal and patients’ lives, I wish to find space for topics that are uncomfortable, controversial, and, perhaps, slippery.

As my many mentors, supervisors, and professors have frequently reminded me at challenging times of graduate school struggles, the license will be mine to claim one of those days.   It will be the privilege that I will have rightfully earned, the signifier of a clinical and professional status. Will my sense of the freedom to speak on sociocultural and political issues with my colleagues and those who will then be my own supervisees, have increased? Will the powerful signifier of a licensed clinician will strengthen my voice and enable me to offer my unique perspectives to the psychoanalytic field that has marked by complexities, differing theoretical perspectives, and a multitude of gray areas? I certainly hope so. In my vision of myself as a licensed psychologist, I want to leave room for the memories of my current struggles and challenges so that I can make space for challenges and struggles of those who are just joining the field. I hope to welcome their reservations, their questioning, and their choices to speak or be silent. Most of all, I hope to be able to find and share bridges between what I have experienced as gaps between outside, the political and sociocultural, and the inside, the personal, professional, and clinical.