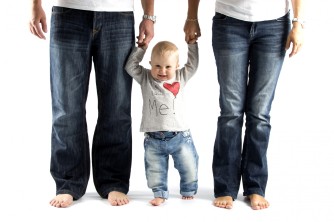 It is commonly accepted that a person’s mental world is formed in very early childhood and remains stable throughout their life. Beginning in the late 1950s with the work of Harry Harlow, and, later, that of John Bowlby, the field of psychology has introduced and elaborated the phenomenon of attachment; which has, in turn, shaped the way that our society understands the critical importance of the parent-child relationship. Attachment theory helped us to understand the vital role of human connection in shaping a child’s development. We know now that physical contact and social relatedness is crucial in order for a child to develop in healthy ways. In fact, society has accepted this developmental necessity to the point where there are popular models of parenting that use it as a foundation (i.e., attachment parenting).

In 1980, social worker, psychoanalyst, and mother of the field of infant mental health, Selma Fraiberg, observed the following: “…we now have a consensus among scientists from a wide range of disciplines that the human capacities for love and for learning are rooted in the sensorimotor period, the first 18 months of life” (p. 3). Nearly four decades later, I do not think it is a stretch to say that the evidence for Fraiberg’s statement has only grown, and the consensus she was writing about is even stronger than it was then. We have works of theorists, researchers, educators, developmental psychologists, and pediatricians along with the growing awareness of the impact of early trauma on the brain and body that all demonstrate that Fraiberg’s assertion was correct.

Attachment research has demonstrated, for example, that a secure mother-infant relationship predicts involvement, leadership, self-confidence, and social competence in problem-solving situations when those infants become teenagers (Englund et al., 2000). Furthermore, research has shown that parenting competence is consistent across generations; a child who experiences positive parenting at age two is more likely to become a parent who exhibits positive parenting when he has a two-year-old child of his own (Conger & Conger, 2002; Sroufe et al., 2005). On the other hand, parental stress has been associated with poor health outcomes in children (Code, 2011; Maté, 2011). According to the Harvard Center on the Developing Child, “the realization that stresses experienced by parents and other caregivers can affect a child’s developing brain architecture and chemistry in a way that makes some children more susceptible to stress-related disorders later in life is startling news to most people.” These findings and statements make a strong case not only for investing in early childhood in general, but also for investing in factors that remediate parental stress in specific.

In spite of our elaborate knowledge and understanding of the impact of early relationships on each and every person, American society has not given adequate attention to caring for, supporting, or even understanding parents. This makes very little sense to me, given that parents have the crucial job of shaping future generations. I would like to argue that the best investment a society can make, then, is to invest in parents. I believe we have focused almost exclusively on children, while neglecting the world that immediately surrounds them. In his work on the ecology of family systems, Urie Bronfenbrenner (1979) outlines the systems that encompass and shape the developing child. The system that is closest to and has the biggest impact on the developing child, which he calls the “microsystem,” consists of the child’s parents and immediate family members. While the systems that exist outside of the microsystem are also influential, none are as critical as the microsystem.

So, what I find baffling is this: given that we have more than sufficient evidence for the role of early relationships in shaping development, why does our society do so little for 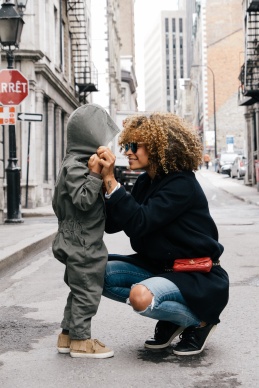 parents? To me, this question is critically important. The circumstances under which each child is raised matter tremendously, yet America, and, if I dare say it, the field of psychology, gives insufficient attention to parenthood. We do not talk enough about what it is like to become a parent. There is very little discourse around the phenomena that shape how a parent’s own development determines what parenting is like for them. We aren’t wondering how we can help parents find ways to better enjoy raising their children. If anything, we allow parents to figure out alone how to “get it right” and then tend to blame them if they do not.  We are not advocating for more social policies to support parents as they do the essential work of raising the next generation without adequate guidance.

The work of Nobel prize winning economist James Heckman demonstrates a high rate of return on investing in young children and their parents. For example, the rate of return on investments in early childhood programs is currently estimated to be 13% (see, www.heckmanequation.org). Heckman demonstrates that making childcare better and more affordable for parents yields a huge savings to any society who will make it. Quebec put this to the test, and within a few years, went from being the town with the highest child poverty rate in Canada to the town with the lowest (Torjman, 2010). If our society could emulate, town by town, the economic models used in Quebec, then that would be a great start for improving the situation for American children. It would begin to reshape the future of our country (away from poverty, trauma, and incarceration and toward wealth, emotional health, and productive wellbeing). This step would make a tremendous difference.

There are things that we psychologists can also do to help. We need to broaden the way we think about child development to respectfully include the part played by parents. I work in private practice, where I specialize in treating parents. I love working with parents, especially new parents, because I feel that this group often struggles, and, as I stated above, our society does very little to help or to support them. Most of the mothers and fathers I treat in my practice had very difficult childhoods, where they were neglected, demeaned, shamed, hit, rejected, abused, and/or made into their parents’ caretakers. These patients often struggle to rewrite the family script; their goal is often to not do to their children what was done to them. I cannot tell you how much I admire them for their willingness to look realistically at their own stories in order to change the psychological family trajectory. (And, they are doing it, and their children are thriving.)

Through my work with parents, I have grown increasingly sensitive to the ways that our lack of understanding about what it’s like to become a parent limits the parent’s experience. Parents who grew up under conditions of abuse or neglect struggle in complex ways with the role of mother and father. They often do not have object relations that they can trust; there is no reliable internal road map for them to follow. So they are making up the process of parenthood as they go, doing the best they can, often while bearing their own depression and anxiety. I believe that it is far harder to raise children under these circumstances. I propose that the more we can understand the psychology of parenthood, the better parents will fare in raising children. I know that in my practice, parents feel deep relief when they hear that their struggles are not unique to them (i.e., other parents who endured stressful childhoods have it rough, too). They feel an even bigger relief when they realize that we can work through their struggles to improve their experience of parenthood, which dramatically improves their relationship with their child(ren). 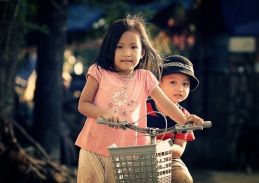 I believe that the field of psychology can do a better job of supporting parents in order to help them to enjoy parenthood. After all, when a parent can enjoy the process of raising their child, and can enjoy their relationship with their child, it changes the course of history for that child. There was a great opinion piece in the NY Times on October 13, 2013 by David Bornstein on protecting children from toxic stress. One thing that stood out in this article was a quote by the clinical director of a program that works to repair broken attachments in parents, for the sake of their children.  She says of the parents’ responses to their children, “We want delight! Delight is protective.” And, I would argue, that not only is delight protective for the child, it is also healing for the parent!

So we see clearly that the most important, most influential, most crucial, most meaningful, most personality- and health-forming relations occur early on in children’s lives in their relationships with their caregivers. We know this to be true. And yet we are not doing nearly enough, both economically and psychologically, to understand and support parents. It is not simply good enough to know that parents are part of the developmental context of the child. We must also insist upon improving the situation for parents so that they are able to delight and enjoy their children. In the end, we all win from this!